The Grindals have been farmers for as many generations as they can remember. Michael and Susan came here in 1974 with sons Philip and James soon to be followed by the birth of Matthew. They left the family farm in Lincolnshire and found Manor Farm to be the perfect place to carry on farming, with its great location, good strong land and beautiful buildings.

Manor Farm was built in 1882 as a model farm by a Major Cross as part of Catthorpe estate.

In those days the whole village and surrounding farms belonged to one estate called the Catthorpe Estate. The large Manor House was called Catthorpe Towers, but is now known as Catthorpe Manor; which is a Latvian Centre.

The Farm was very unusual in those days because it was completely self contained. It had everything from all the rearing houses for the animals to a slaughter house. A miniature railway line ran through the buildings to transport all the heavy goods as mechanisation was very limited in those days. It was designed by Major Cross as he thought farms should be. Nothing ever leaving the farm.  It had its own creamery, dairy, sheep dip and many other functions. This has left us with some very beautiful buildings with a few signs and hints as to what the buildings were used for.

Today Matthew and James are farming the land in Catthorpe, although separate businesses you will see both brothers helping out on each others farms whether its Christmas order packing or corn carting. The Manor Farm Shop farm is farmed and run by Matthew and Amy with the guidance of Matthew’s parents Michael (farm advise and help) and Susan (supreme baker!). The Farm comprises of 200 acres with the focus on growing and rearing as much stock as possible for the shop and kitchen. We go back to our roots rearing rare breed meat, growing an array of fruits (including cherries which are delicious), potatoes, asparagus, pumpkins and much much more! 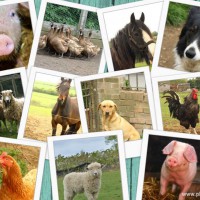 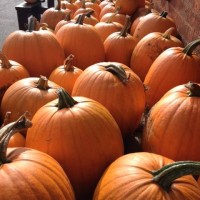 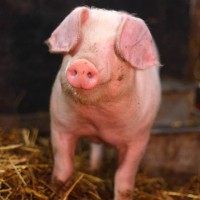 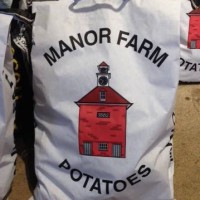